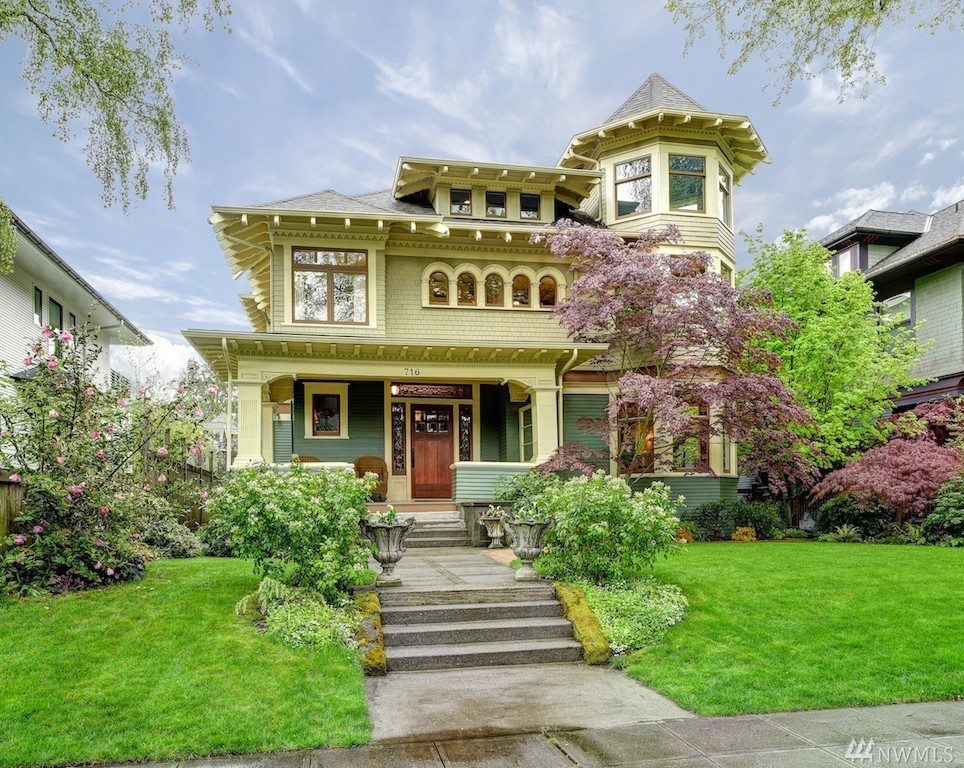 Hey, Seattle Buyers: Home buyers who have been shut out of the real estate market should test the “real estate waters” during the summer months suggests one industry leader. It might be the perfect time to buy a home, when other buyers are out of town.  In other words, stick around this summer!

“Summer might provide some competitive relief for weary buyers,” said Gary O’Leyar, owner of Berkshire Hathaway HomeServices Signature Properties, pointing to some of the newly-released statistics from Northwest Multiple Listing Service as indicators.

Noting that the trend of multiple offers is still prevalent in the Seattle market, O’Leyar stressed that’s not always the case in areas outside the immediate Seattle area. In fact, he added, the market may “cool off” a bit during summer months as weary buyers find vacations and recreational pursuits more alluring than being in competitive bidding situations.

Ken Anderson, president/owner of Coldwell Banker Evergreen in, agrees. “No one is talking about the large number of new listings coming to the market,” he notes. “New listings are at a seven-year high, and fifth highest all-time in our South Sound market,” according to his analysis.

Northwest MLS brokers added 13,497 new listings during May, improving on the previous month by 2,849 listings for a gain of nearly 27 percent. Compared to a year ago, the volume of new listings increased about 10 percent. Total active inventory is down from a year ago, but about 6.8 percent better than April.

The latest statistics show inventory system-wide is still squeezed (down 17.9 percent), pending sales rose slightly (up 2.7 percent), and sales prices are still rising (up 11.2 percent) compared to a year ago.

“The pace of the real estate market in Kitsap is heating up as summer rolls in. Buyers who work in King County but don’t want to drive north, east or south are now looking west for a housing solution,” said Northwest MLS director Frank Wilson, branch managing broker at John L. Scott in Poulsbo. “The new ferry system is helping usher in this new thinking of ‘west is where to find a house,” he stated. 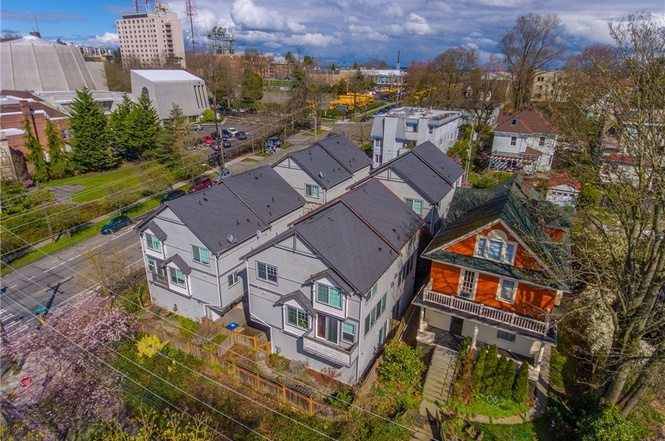 Despite murmurs of the possibility of relief for disenchanted house hunters, May was a hotbed of activity. Brokers notched 9,188 pending sales (mutually accepted offers) in the four-county region, the highest ever reported for the region. Overall, members reported 12,607 pending sales, up 2.7 percent from a year ago.

“May was a Grand Slam month for housing activity,” exclaimed J. Lennox Scott, chairman and CEO of John L. Scott Real Estate. “We finally saw new inventory come on the market in May, and although we had a slight delay in the timing, the spring Puget Sound housing market is in full swing and as intense and frenzied as it has ever been. New inventory outpaced pending sales. This translated into more opportunities for buyers, but with such a quick action market, they still had to act fast to win a home. We’re seeing explosive sales, severe inventory shortages, intense competition, and multiple offer situations.”

Despite rising prices, brokers say competition is still intense in many of the 23 counties in the Northwest MLS area, and especially so near job centers. Consequently, some would-be buyers are waiving contingencies, a practice that draws varying opinions from MLS spokespersons:

“In this competitive market, buyers are frequently waiving many of the traditional contingencies, though each home can be different. Often times, sellers have had their homes pre-inspected and make those inspection reports available to buyers prior to a published offer review date. Other times, buyers are able to keep all of their traditional contingencies intact, though with less frequency in the most competitive areas.”
~ Robert Wasser, Prospera Real Estate

“The number of buyers waiving contingencies is definitely increasing, as many of them have found themselves on the losing end of at least one competitive offer situation. What may have felt uncomfortable for buyers when they started their home search has now become a necessity.”
~ OB Jacobi, Windermere Real Estate

“Buyers, despite the warnings, continue to waive protective rights. Many are also offering non-refundable money to sellers for mutual acceptance. This is ill-advised!”
~ Diedre Haines, Coldwell Banker Bain 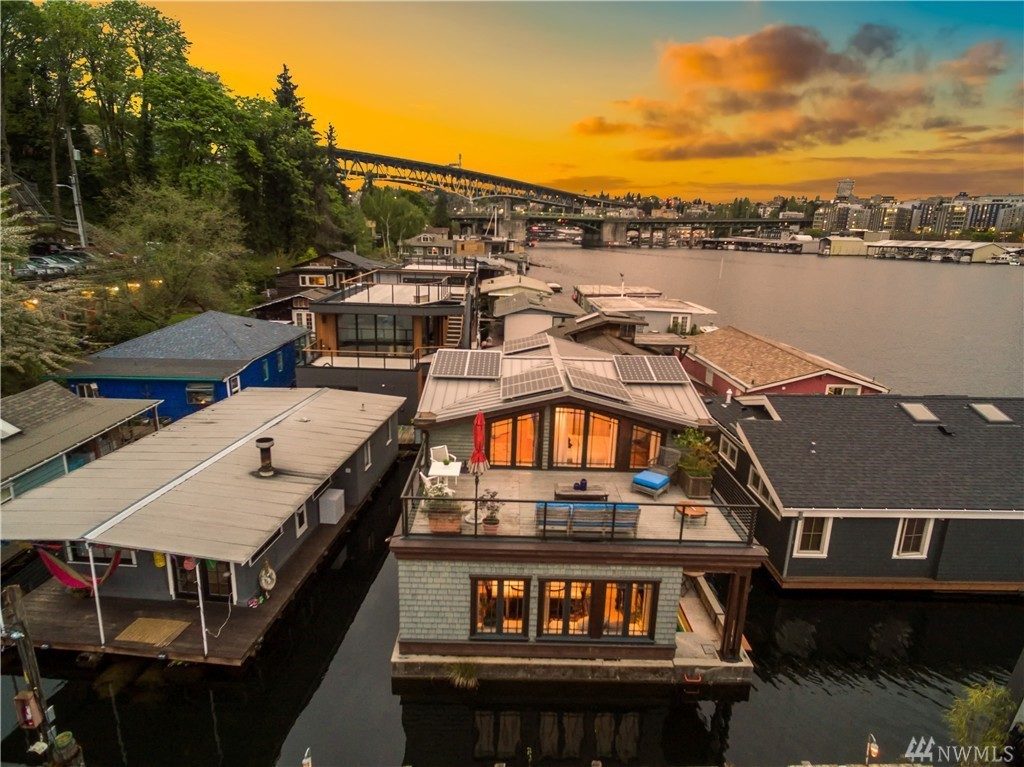 Dick Beeson, principal managing broker at RE/MAX Professionals in Gig Harbor, offered a reminder of the phrase, “all real estate is local.” Statistics show buyers in King County more often waive inspections to secure first place in ongoing bidding wars than in the other tri-county areas, offering figures from his analysis. “This means more buyers in King County are more willing to forego having an inspection on the home (a protection for both parties), even against the advice of every prominent real estate attorney in the state,” stated Beeson, a member of the Northwest MLS board of directors.

Despite a year-over-year decline of nearly 23 percent in the number of active listings in King County, the volume of closed sales rose about 4.4 percent. Prices on sales within the county (including single family homes and condos) spiked 15.5 percent from a year ago, rising from $485,000 to $560,000. Thirteen counties reported double-digit increases, including King County, up nearly 15.5 percent.

The combination of strong demand and limited supply continues to fuel competition and multiple offers in many areas, according to MLS brokers.

“We still have multiple offers but the high end market is slowing down somewhat,” observed Diedre Haines, principal managing broker-South Snohomish County at Coldwell Banker Bain. “Those listings are now on market about three weeks before offers come in. Just a few short weeks ago this was not the case. They are on market a week or two before we get showings. They’re still receiving multiple offers, but only two or three as opposed to five or six. The low end (up to $500,000) is still selling rapidly with many offers,” she explained, adding, “We are seeing younger buyers entering into the fray and investors, both foreign and domestic, with cash offers still out there in abundance.” 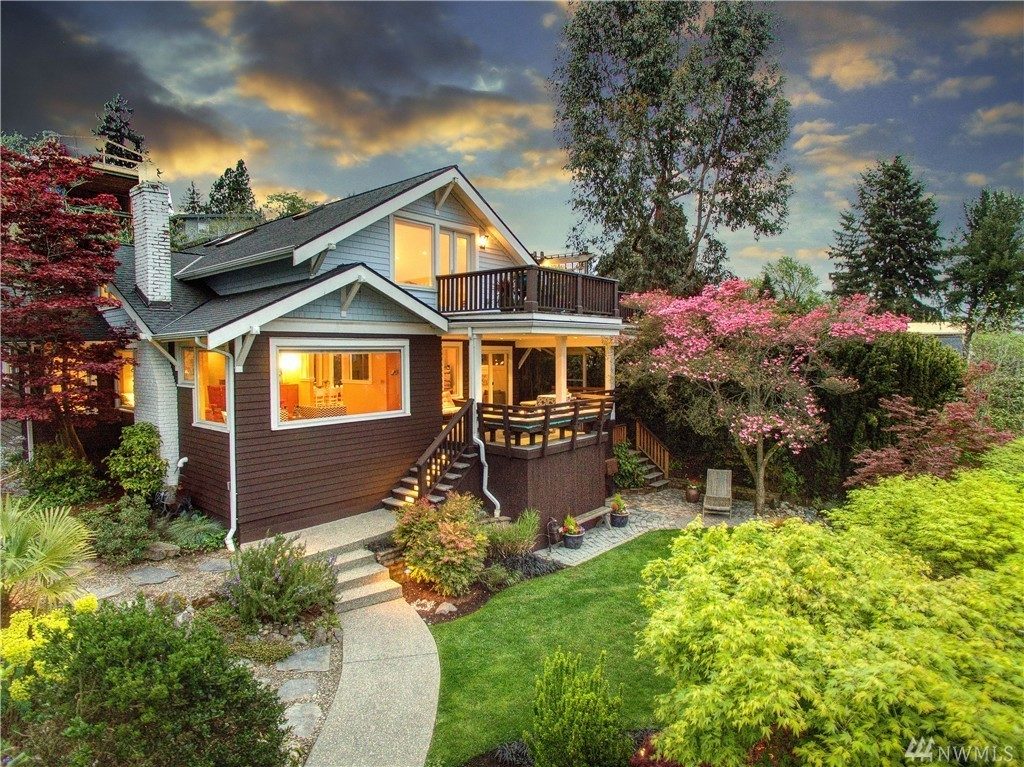 “Thurston County has never been better for sellers, with absorption rates at record lows, but buyers have some good news too,” noted Anderson. “The challenge today isn’t lack of choice, it is the swift pace of sales. Homes priced right are selling in near-record time. Today’s successful buyers are prepared to act quickly and decisively when the right home comes to market. That means a lot of smart prep work before the active home search. Every buyer’s road to success in this market starts with working with a professional, full-time Realtor.”

Commenting on the market, both currently and going forward, Jacobi said, “Every year there is a seasonal pressure release when we get past Memorial Day and the historically tight spring market. People begin going on summer vacations which takes some buyers out of the process. We are also seeing the number of homes for sale tick up ever so slightly which could prove positive for buyers. That being said, the demand in the Puget Sound area is very high and the months of inventory continues to trend down, so I expect competition for homes to remain pretty fierce in the coming months.”

Northwest Multiple Listing Service, owned by its member real estate firms, is the largest full-service MLS in the Northwest. Its membership of more than 2,200 member offices includes more than 26,000 real estate professionals. The organization, based in Kirkland, Wash., currently serves 23 counties in the state.