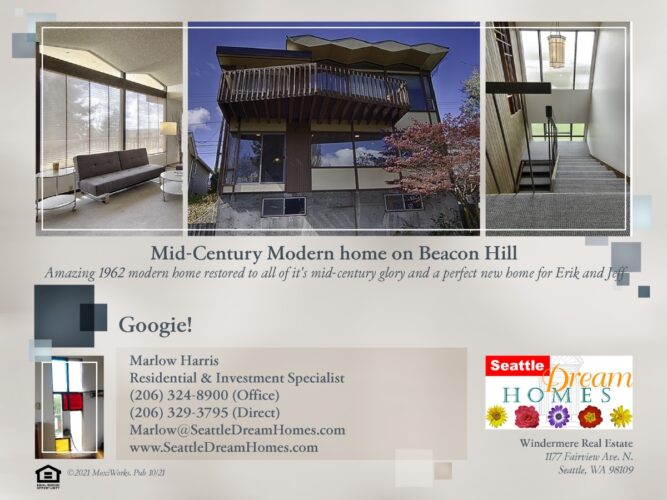 Googie is a type of futurist architecture influenced by car culture, jets, the Space Age, and the Atomic Age. It originated in Southern California with the Streamline Moderne architecture of the 1930s, and was popular nationwide from roughly 1945 to the early 1970s. And you will still find some Googie architecture in Seattle!

Googie-themed architecture was popular among motels, coffee houses and gas stations. The style later became widely known as part of the mid-century modern style, elements of which represent the populuxe aesthetic, as in Eero Saarinen’s TWA Terminal. The term Googie comes from the now-defunct Googies Coffee Shop in Hollywood, designed by John Lautner.

While disappearing, you’ll still find some Googie architecture in Seattle at some old Denny’s coffee shops and a few car dealerships scattered in Seattle, Renton and the Eastside.