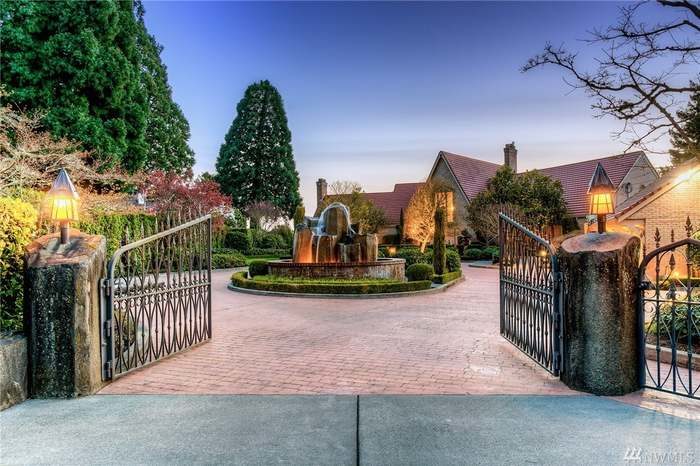 From our local Northwest Multiple Listing Service, they report seven months of steadily rising housing inventory has reversed its course in October when they added the fewest new listings since February. MLS members believe the onset of wintry weather and transition to the holiday season are factors, but suggested the slower pace also signals improving conditions for house-hunters.

“After months of inventory growth that more than quadrupled the number of homes buyers have to choose from, things got back on a seasonal track with new listings and total supply falling in October,” said Robert Wasser, a director with Northwest MLS, when comparing those metrics with September.

“Buyers are catching on to their newfound ability to negotiate. For the first time since 2012, closed sales system-wide rose from September to October,” noted Wasser, a branch manager with Windermere Real Estate in Bellevue.

Northwest MLS members added 8,865 new listings to inventory last month in the 23 counties it encompasses, down from September’s volume of 10,458, but up 4.7 percent from the year-ago total of 8,466 new listings. Compared to September, last month’s number of total active listings shrunk nearly 6.7 percent, but year-over-year inventory rose 33.2 percent, from 13,680 to 18,223 offerings.

Brokers generally welcomed the bump-up in inventory. They often point towards Seattle Urban Condominiums for Sale and show that the market is brisk in this subset of Seattle homes for sale.

Real estate veteran Mike Grady, the president and COO of Coldwell Banker Bain, commented on the current “win-win” conditions. “We’re entering that time of year when historically the market slows a bit as we head into the holidays. Buyers continue to see an improving market compared to last year with the inventory increasingly to 2.4 months of supply in King County, compared to the year-ago figure of less than a month (0.98),” he stated.

Area-wide there is nearly 2.3 months of inventory, slipping from more than 2.5 months in September, and improving on the year-ago figure of about 1.5 months of supply.

The year-over-year gains in supply, while notable, are still “way off from a balanced market that provides five to six months of inventory,” Grady remarked, adding, “Contrary to recent media reports, the sky is not falling,” he emphasized, pointing to rising prices and strong jobs reports as factors for a positive outlook. (The State Employment Security Department reported Washington gained 4,500 jobs in September.)

“Home prices in King County are up nearly 8.6 percent year over year, so we’re still experiencing significant appreciation,” Grady stated. Given continued reports of hiring by companies in the Puget Sound region and recent increases in inventory, he expects homebuyers will continue entering the market, adding, “And sellers can still expect to get good prices — all this without the frenzy. A win-win,” he proclaimed.

Both pending sales (mutually accepted offers) and closed sales dipped by double-digits during October. MLS members reported 9,015 pending sales, down 14.8 percent from the year-ago total of 10,586, but up slightly from the previous month’s figure of 8,913.

The volume of closed sales declined nearly 11 percent area-wide, although eight counties reported double-digit year-over-year increases. For the four-county Puget Sound region, the number of completed transactions fell 15.3 percent from a year ago, but rose 5.2 percent compared with September.

Commenting on the latest MLS statistics, J. Lennox Scott noted “unsold inventory levels are higher than we’ve seen in the past three years,” adding, “We’ve gone from being virtually sold out in many areas close to the job centers to healthier inventory levels.” Instead of an “extreme shortage,” there is now just a “shortage level” of unsold inventory in the more affordable and mid-price ranges, according to Scott, the chairman and CEO of John L. Scott.

Scott believes the current market provides opportunities for those looking to move before the New Year, even with a home-to-sell contingency. “It’s okay to buy and sell within same-market timing, although it remains crucial for those looking to purchase a home to be buyer-ready for the best chance to get their chosen property,” he advised.

Many sellers are feeling the change, Deely noted. “Longer market times upset their expectations of a quick sale,” he explained. Also, he said, brokers are reporting some sellers’ pricing remains flexible “even after a price reduction as buyers take advantage of a seller’s desire to beat the competition.” He also noted that despite downward trending prices, year-over-year pricing is up.

Brokerage owner George Moorhead of Bentley Properties has noticed a “significant uptick in buyer activity during the past three weeks,” calling it typical for this time of year. “Buyers are more than testing the waters as they see better pricing, less competition, and have a desire to secure their next home for the holidays.”

In response to persistent questions about a possible housing bubble, Moorhead said the clear answer is “Absolutely not.” As buyers, sellers and even brokers adjust to a more balanced and healthy market, “there will be some feeling of the unknown,” he believes.

“When you look at the big picture, inventory is still below what we call a balanced market, the economy is performing above average, and home appreciation is still increasing.” Moorhead stated. Even more important is that homes that are priced correctly are still selling quickly, “under 15 days” he remarked.

Northwest MLS director Dick Beeson also commented on the changing market in the South Sound region, although it is at a less pronounced level than the Greater Seattle area.

Unlike King County where the volume of active listings more than doubled from a year ago, the Pierce-Thurston counties area had modest inventory gains in the 9-to-12 percent range, noted Beeson, principal managing broker at RE/MAX Professionals in Gig Harbor. Year-over-year pending sales are off 12.3 percent while prices rose about 8.3 percent.

Recent rises in interest rates are of some concern, according to some industry leaders.

“The rise in interest rates has some sellers and buyers concerned as it erodes the affordability of our already price sensitive market,” stated Deely.

Moorhead reported buyers have expressed little concern, but are more worried about home prices and future values over the next 3-to-5 years. With a diminishing pool of buyers as the year winds down, builders are ramping up incentives, according to Moorhead. He said mortgage interest rate buydowns are among the incentives, along with custom upgrades and payment of closing costs.

Lawrence Yun, chief economist at the National Association of Realtors, expressed concern about inventory and interest rates. “The insufficient supply of low to-mid-priced homes in metro markets with strong job growth continues to drive up prices and push prospective buyers out of the market,” he said in a NAR report on third quarter activity.

“As mortgage rates continue to rise, reaching the decade’s highest rates this quarter, an increase in the supply of affordable homes has become even more important to help temper price growth across the country,” Yun commented.

Northwest Multiple Listing Service, owned by its member real estate firms, is the largest full-service MLS in the Northwest. Its membership of around 2,200 member offices includes more than 29,000 real estate professionals. The organization, based in Kirkland, Wash., currently serves 23 counties in the state.